Email ThisBlogThis!Share to TwitterShare to FacebookShare to Pinterest
By Nadia Marques de Carvalho
A Personal Reflection on the LSE Palestine Society Settlement Occupation 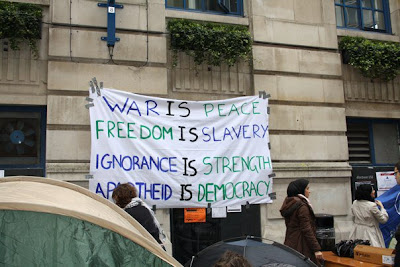 For 24 hours we occupied. We occupied the main road on the campus of the London School of Economics and Political Science: Houghton Street. We settled illegally like those illegal, 500 000 Israeli settlers in the West Bank. We created our own “outpost of colonialism” in the heart of London just like the Israelis have created their 146 “outposts of colonialism” in the heart of Palestine – on second thought, Palestine was “wiped of the map” so perhaps Judea and Samaria is more fitting? Alas, we were the Blue People of the Blue Land: for 24 hours I was a Blue Land Settler and my doctrine was, “War is Peace, Ignorance is Strength, Freedom is Slavery and Apartheid is Democracy.” This is good. 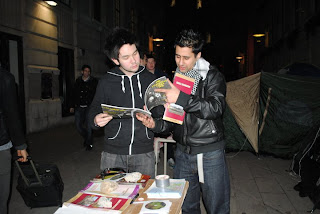 Israeli Apartheid Week has just begun, but Apartheid for the Palestinians began long ago. The aim of this occupation, which involved bombarding the streets with tents, flags, banners, literature and of course an actual Wall, was to raise awareness of the system of Apartheid endured by Palestinians and the severe issues with the illegal Israeli settlements in Palestinian land. The illegal occupation was a surprise to the LSE students who assumed it would be just another university day only to realize that 40 students had occupied their land: at midday, Thursday 10th March occupation began. Houghton Street was buzzing with students eager to learn who the hell were these arrogant Blue People who have come to occupy their land, with a doctrine of superiority and racism. Although most of the student body received us well, and were also highly fond of our extensive literature and free gifts, including free DVDS of films from Palestine, there had to be, just had to be, somebody who thought it necessary to complain. But of course they have every right to complain, just like the Palestinians have been complaining for decades to the International Community, appealing persistently to International Law about the illegal occupation of their land but naturally to no avail… The police did come and realized that we were not causing such an obstruction as had been portrayed to be, nonetheless thank you to the dear and caring soul who was highly considerate for the well being and rights of other fellow students. Perhaps he/she should too join the Palestine Society as we are also fighting for the rights of others who have had to deal with a constant obstruction since 1882. 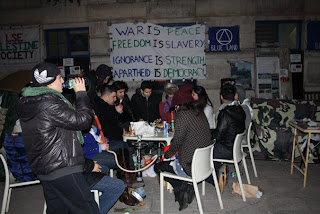 Our settlement was a grand success. It only worked because we all were united with the same resolve: as the cliché goes, we did find unity in diversity. The atmosphere was vivacious and energetic, this energy stayed with us all throughout the day and into the night where the university gradually became quieter and with this the Arabic music came out, the houmous and falafel and naturally the apple and grape flavoured shisha. But we have to remember it is different. Our settlement was fun: Merom Golan, Mush Etzion and Hebron are not. Zionism’s settler colonialism is logic of elimination: like North America and Australia they do not exploit the natives, but replace. It thus becomes a relationship of invasion and thus an absence of consciousness, or as Theodor Herzl more eloquently puts it, “If I wish to construct a new building to replace the old one, I must demolish it before I construct.” Thus the erasure of the native began as early as 1905 by the settlers, but as Ilan Pappe commented at a recent conference, these settlers have remained the same, their first impressions – “aliens in our homeland” has not changed since 1905. Zionism is a Romantic Nationalist Movement, and thus the settlers are like Romantics whose discourse, first-impressions and complaints have not changed despite such economic, political and social developments. A century has passed and they have failed to uncover the veil from their eyes and realise these are not “aliens” but brothers. 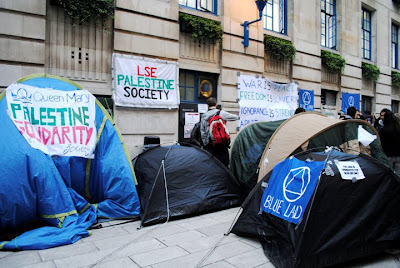 Settlements are of strategic important to the Zionist cause. Not only do they egregiously dismiss the 4th Geneva Convention by the Israeli Supreme Court arguing that settlements are in the interest of Israel’s security, thus if it is needed for security hence they are legal but they also flagrantly obstruct a Two-State solution. Sharon’s Drobles Plan naturally ensured this where he provided such tempting incentives to draw settlers: invested around $120 000 per family (free or near free mortgages), created a lot of jobs and promised higher living standards with better facilities. Ariel Sharon:

He created facts on the ground, to make sure a Palestinian state would never be created. But now we are creating facts on the ground, with over 60% of Palestinian land under Israeli control it is about time we united. Israel may have the 3rd strongest army in the region, it may be America’s 51st state that receives $3 billion dollars per annum and it may have indoctrinated the majority of the world with their Zionist narrative: but Israel we have the moral resolve. And with this moral resolve we the LSE Palestine Society will continue to educate and draw awareness to the persistent suffering of the Palestinian people in their own land, as the genesis for change is awareness. We cannot change what we do not acknowledge. Most of the time, we are not aware of what is wrong or what is not working. We don't see what could be. By becoming more aware, we begin the process of change.
So, listen up Mr. Netanyahu and Mr. Obama, with Morality and Humanity on our side Dialogue becomes Peace, Education becomes Freedom, Knowledge becomes Strength and Justice becomes Democracy. 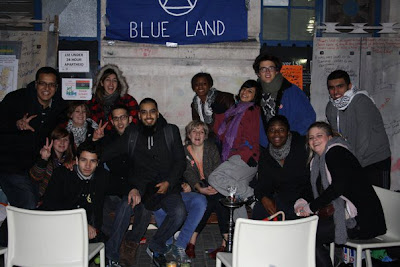