By Yousef Hassan
From Gaza
Admin: Please know that the images in this report are very disturbing before scrolling down. Nonetheless it is important for everyone to know exactly what is happening Palestine. We learn nothing from censoring the truth. 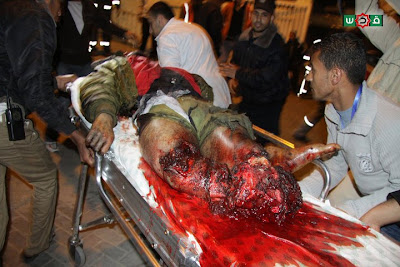 The number of martyrs of the Israeli aggression on Gaza Strip since Thursday continued to 17 martyrs, the assassination of a leading role in al-Qassam Brigades, and two of his companions, by firing a missile at a car from a white Subaru in Tal al-Sultan in Rafah at dawn today.
Israeli warplanes also targeted at dawn Saturday, a car parked in the courtyard of al-Shawa Gaza in the neighborhood of the stairs, which led to the occurrence of damage to vehicles parked in the windows of houses without reported injuries.
Aircraft also launched a raid on a site belonging to the al-Qassam Brigades in Jabalya without reported injuries, with raids by aircraft is also a house in the Khan Yunis area Amour without reported injuries as well. 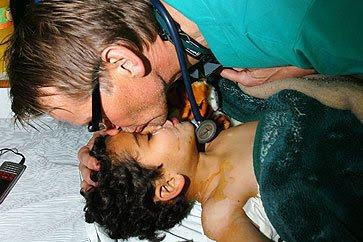 The Israeli aircraft fired a missile at the border in Rafah.
And fell on Friday nine martyrs, including women and children in a series of artillery shelling and air, which targeted Israeli citizens in different parts of the Gaza Strip.
The Palestinian sources said a group of resistance fighters managed to escape after his car came under Israeli air Sheikh Radwan neighborhood in Gaza tonight.

She had renewed overnight Israeli air strikes, on different areas of the Gaza Strip, which led to the martyrdom and wounding ten people, including medics and 6 children in the Shijaia neighborhood, and the death of resistance fighters of the Qassam Brigades in Beit Lahia in the middle of the aircraft flying intensive occupation. 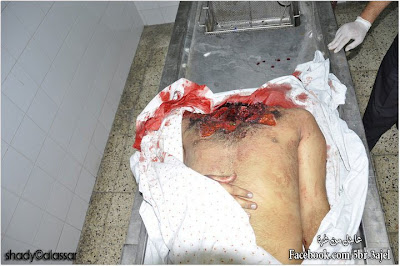 According to medical sources said citizens were martyred and one was unknown to cut off his head had been identified as yet, and ten others were injured after Israeli artillery shelled three shells townhouses in the neighborhood of eastern Gaza City, was taken to Shifa Hospital in Gaza City.

Earlier, Palestinian medical sources said that Israeli Apache helicopters fired rockets and at least one direction of a group of citizens in the town of Beit Lahia in the northern Gaza Strip, which led to the death of man camp, the beach, and critically injured another was pronounced dead later.
In the al-Zaytoun neighborhood in Gaza City, Palestinian resistance escaped death when Israeli aircraft targeted while he was passing near the workshop of iron.

Palestinian sources said the damage was caused to the workshop with citizens survived the bombing. 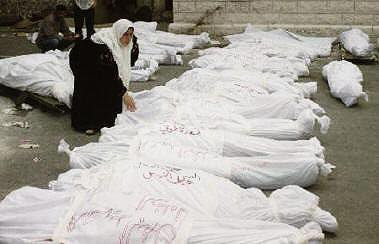 The warplanes carried out a raid on a tunnel in Rafah, at the second and a half ago, which led to a fire in a dramatic fall of the rocket fuel in a tunnel on the border with Egypt.

And the continued shelling and air raids the Israeli military in the Gaza Strip, the number of martyrs until five o'clock Friday afternoon, to 14 martyrs and dozens wounded, including six martyrs since the morning, two Palestinian militants from al-Qassam, and the third an elderly mother and her daughter in Farrahin area in Khan Younis, and five Martyrs on Thursday.

The aircraft raids Friday afternoon by a missile on the lighthouse Khan Yunis south of Gaza Strip, which led to the death of 3 citizens of 21, was killed by Israeli warplanes targeted a house in the area Farrahin, in addition to 3 other injuries 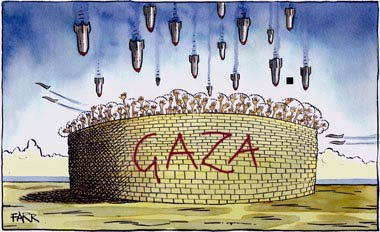