'Beats of Resistance': Gig for Palestine 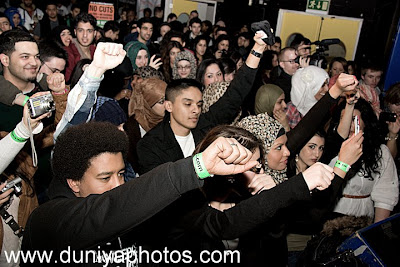 Debates, stunts, petitions and other such events and instruments are all crucial means to galvanising people into action and awakening their political, social and moral consciences. But a tool that is often forgotten but is one that, if utilised in the right way, can also help to realise these aims and perhaps extends to a much larger audience is…music. 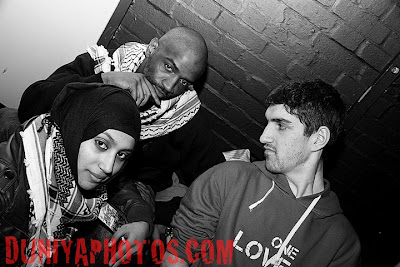 With this in mind, on March 9th, the LSE SU Palestine Society and the Stop the War Coalition jointly organised and hosted a benefit gig entitled 'Beats of Resistance' to do just that - raise awareness, inspire and motivate people through the mediums of poetry and music, whilst at the same time raising money for charity and expressing solidarity with and support for those fighting for their inalienable rights.
The lineup included live performances from hip hop artists Lowkey, Logic, Mic Righteous and Reveal, as well as a number of new up-and-coming artists. Speakers John Rees and Jody McIntyre also made appearances, expressing their thoughts about the ongoing uprisings in the Arab world and how this is related to the global struggle against imperialism and for self-determination. A number of stalls were also set up on the night selling statement clothing, Palestinian koffiyehs and badges. 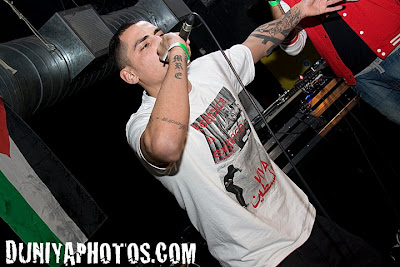 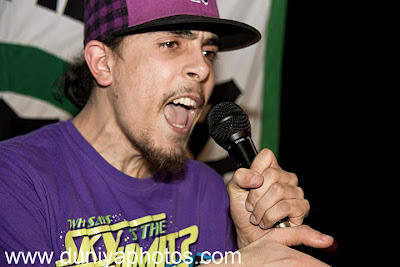 The events that are unfolding across the Arab world have been inspiring to witness. The Egyptians, Tunisians, Yemenis, and Libyans (I could go on…) have simply had enough of living under the tyrannical rule of brutal dictatorships and have found the voices they have for so long been denied to demand their liberties. However, Afghanistan and Iraq remain under military occupation by foreign troops, the Palestinian people remain stateless and it seems that most of the countries currently experiencing revolutionary movements such as Libya and Bahrain are still facing a long and toilsome road towards freedom and democracy. It is for this reason that we here must consolidate the movement to pressure our government into doing what it can to alleviate some of these injustices that it is either directly or indirectly responsible for, and where necessary, to cut ties with despotic rulers and states that violate international law. For this to be effective, we need the involvement of the masses, and this event is just one of many mobilising efforts.
The night proved to be a massive success, with a total of £1000 raised, which will be donated to St John's Eye Hospital and Friends of Al Aqsa. We may not possess an influential role within the political realm to offer our diplomatic assistance on a governmental platform to all those across the world who are bravely continuing their struggle for democracy, justice and liberty, but music and poetry have the power to unify the masses, here and abroad, and the capacity to engage with, educate and inspire people in the hope that they too will get involved with the various solidarity movements that are growing here in the UK. 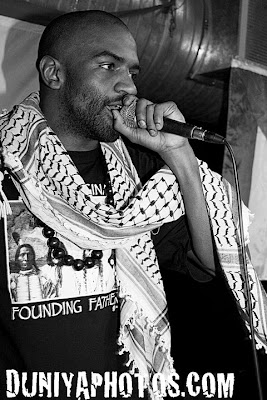 We would like to express our thanks to all those who contributed and performed on the night: John Rees, Jody McIntyre, Lowkey, Logic, Mic Righteous, Reveal, Jimmy Jitsu, DJ Steaz, DJ Snuffs, Crazy-Haze, Sanasino, Saba Jarrar, True Bess, T-Error, Strive, Friends of Al-Aqsa, Statement Clothing. 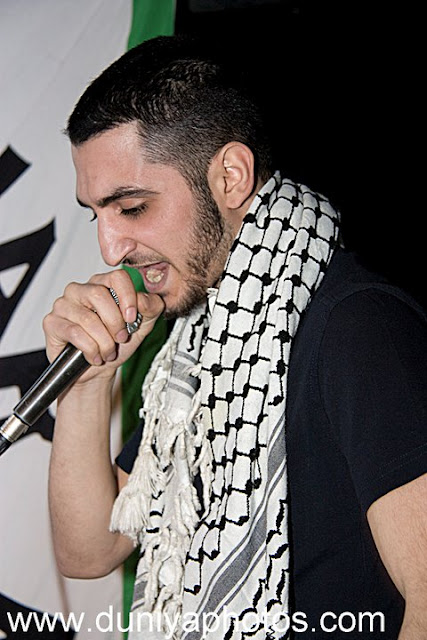 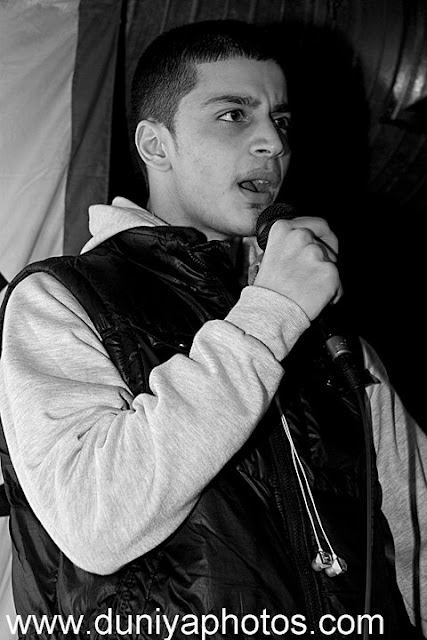 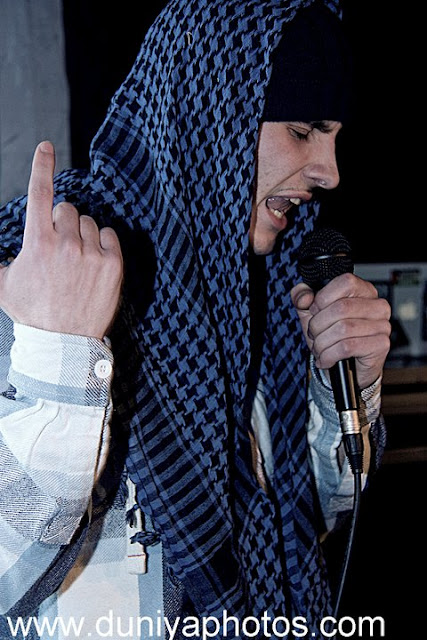