My Letter to the World: Free Palestine 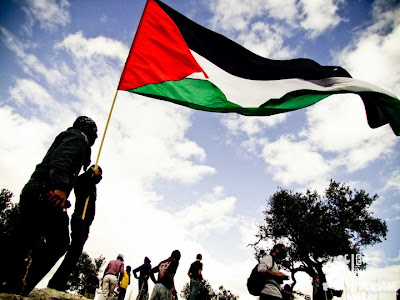 Today I got called an extremist. An extremist because I believe the fight for justice in Palestine, is a just one. More than that – a necessary. If you had your land, livelihood and history stolen, your family massacred, your body skilfully powdered with white phosphorous and you died a torturous death without trial because you dared to resist – wallah, I’d fight for you too. Why? Humanity demands it off me: off all humans. You are no exception. If I stay silent, if we stay silent in the face of oppression, dispossession or occupation than we diminish our humanity. If something lessens your worth as a human being, then it lessens mine too. To act in your defence, is really to act in defence of myself.
Today I got called an extremist. An extremist because I believe in the self-determination and the Right to Return of all Palestinian people. I believe in a one-state solution, to live side by side, in understanding and respect. I am an advocate for peace. You call me an extremist but you forget you are the terrorist. You attempt to steal my land by building a 670km Iron Wall – if you must, because you are scared of me (although you have one of the most powerful armies and all I have is this pen), then you must; but not, not on my land, not when 85% of your wall is on my land. On second thought, your whole country is on my land but I have kept silent. I have kept silent when you destroy my farmland and contaminate my water. I have kept silent when you encircle and strangulate me with a wall that costs $2.1 billion to build; money that you could give to the education of Palestinian children – but no you deny that to us too. Deny our freedom. You have imprisoned my body but never, never my mind and soul – still I keep silent. You can silence me. You can silence the world. You can never silence Justice. 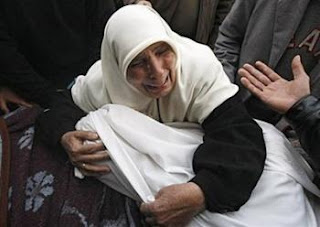 I am the extremist? Then my friend, you are the terrorist. Your hands are stained with the blood of Deir yassin, Homeen Al Tahta, Jabalia – massacres. Cast Lead – War on Gaza? No my friend, Massacre of Gaza. In 22 days you murdered 1500 Palestinians. In 22 days you sent me gifts of DIME explosives, fuel air explosives and oh, how can I forget, white phosphorous? How can I forget when it stains the pure and innocent body of my daughter? How can I forgive when I cannot forget? I do not forget the ground constantly shaking with the bombardment of your gifts; it felt like hunting season had begun. Were you satisfied with your catch? 400 Palestinians killed for every Israeli killed, 25 cement factories destroyed, 250 000 tonnes of rubble, the only flour mill in Gaza destroyed (I loved khubz in the morning), 400 children dead and my friend, every plane returned – untouched, my gift to you, Israel. You are the terrorist; the one who glorifies and relishes in violence, the one who smiles when a new settlement is built and the one who violates International Law with unrelenting and shameful persistence. Remember occupation is violence, dispossession is violence but the greatest violence is to take away my right to resist violence. Remember Israel.
If I am not Jewish, am I inferior?
If I am anti-Zionism, will you quote me as anti-Semitic?
If I am Palestinian, does that make me non-human?
I am isolated. Separated. Apart.
Being human is not only about respect but also to be able to see past narrow interests, and to understand how as humans we are linked together. But when you cut me off from my country, when apartness becomes dogma and ideology, when apartness is enforced through law and its agencies; this is called Apartheid. When you are privileged because you are born a Jew and you use this to dispossess and discriminate against me; this is called Apartheid. This apartness only becomes a breeding ground for ignorance of the other, with whom one shares a common space. A breeding ground for the Zionist idea of Israel – the ingathering of all Jews, the idea seems to me to get rid of the old neighbours and to bring in new ones. Ethnic cleansing.
“Have our Jewish sisters and brothers forgotten their humiliation?”
The world was absolutely wrong to think that Nazism was defeated in 1945. Nazism has won because it has finally managed to Nazify the consciousness of its own victims.
But now, I am the victim.
Signed,
Free Palestine