Email ThisBlogThis!Share to TwitterShare to FacebookShare to Pinterest
0 comments
Posted by LSE SU Palestine Society at 14:22 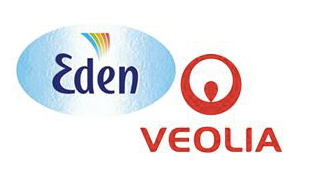 NUS has had a long and proud history of standing up for human rights across the world. The conflict in Palestine/Israel has been ongoing for over 60 years, and now more than ever we need to engage with human rights activists on the ground fighting for justice.
In a similar move to the South African Anti-Apartheid movement, activists in Palestine - from Students' Unions to LGBTQ organisations - have asked international supporters to refrain from supporting companies and institutions that profit from or maintain the occupation.
There are two key companies operating on UK campuses that are directly implicated in maintaining the occupation. These are:

A water company also known as "Mayanot Eden" is based and sources water from an illegal Israeli settlement in the Golan Heights called Katzrin. This land was captured by Israel in 1967, displacing over 100,000 of its inhabitants. Since this time Israel has not allowed the inhabitants to return to their villages, moving Israeli settlers into the region instead, which constitutes a breach of the Geneva Conventions. The settlements are internationally recognised as illegal, and key obstacles to peace in the region.
Eden Springs has a parent company in the UK (Eden Springs UK) that provides many campuses with water coolers. We are therefore encouraging students to lobby their universities to cancel (or buy-out, or allow to expire) contracts from this company until they withdraw their operations from the settlement. Whilst operating and using resources in this settlement, Eden Springs is helping prop up the settlement which is in violation of international law.
Campaigns have already started across UK campuses, so please contact us for resources and support that NUS can offer.

A French company who mainly deal in waste management and recycling, and who operate in many local councils across Britain. This includes services for universities' and colleges' waste management. The key reason for targeting this company is their major investment in the Jerusalem Light Rail. This is a tram network that, when completed, will link dozens of Israeli settlements in the West Bank to mainland Israel.
In April 2010, the United Nations Human Rights Council specifically declared the Jerusalem Light Railway to be “in clear breach of international law". Veolia also provide bus services for the settlements, yet most Palestinians can only use the buses for two stops - after which they are no longer allowed on the bus due to their ethnicity. A recent protest, inspired by Martin Luther King's 'Freedom Rides', attempted to challenge this practice. You can see a brief report of their protest here.
Many campus campaigns against Veolia are already spreading, if you would like to organise your own campaign please get in touch.
For more information, please visit http://www.nus.org.uk/en/campaigns/global-justice/eden-springs-and-veolia/
Posted by LSE SU Palestine Society at 14:10

Email ThisBlogThis!Share to TwitterShare to FacebookShare to Pinterest
0 comments


By Isra Mohammed Migdad
(Business Student at the Islamic University of Gaza, Gaza, Palestine)
From
End To
End In My
Veins Runs A
Blood
Not
Enough
To Make Me
Vain
Licit
Intrinsic
To The Land
Which Sand Thirst
For My Blood
Implicit
Just
As I Thirst
For Freedom
Would I Be First
Would
I Be First
To Fight For
Freedom And
If I Fall
Light
Would
I Be Taken
To The Kingdom
To
The
Kingdom
Of Those
Who Earned
Martyrdom
Never
They Felt
The Pain At
All
Never
They Felt
A Pain When
They Were
Slain
They
Wish To
Come Back
And Fight Again
And Be Slain
Be
Slain
So The
Kingdom
They Gained
It’s
Autumn
Still Some
Dry Leaves
Hang To Trees
In Vain
They
Cling To
The Trees In
Vain
Cling
All They
Can It’s All
The Same
Soon
To Be Flung
By Winds
To Fall
And None
But Themselves
Would Be Blame
For This
Land Which
Sand Thirst For
My Blood Not Yours
And
Will Never
Hang My Face
In Shame

Check out Isra's blog at: http://isramigdad.wordpress.com/
Posted by LSE SU Palestine Society at 10:15