Weekend in the Jordan Valley 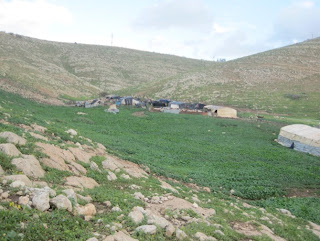 This weekend revealed to me the desperate but unyielding struggles of the Palestinian people residing in the Jordan Valley. The basic necessities that every human being should be entitled to are denied here – water, health, education and freedom – and it is not because of poverty, poor infrastructure or an underdeveloped economy, it is because they are intentionally stolen away from the Palestinians. The situation in the Jordan Valley is critical. Harmful Israeli occupation practices are intensifying, settlement expansion is increasing and strategic ethnic cleansing is succeeding as a result of the intense pressure exerted on Palestinians to leave their homeland. When Israel occupied the Jordan Valley in 1967, 320,000 Palestinians lived here. Now there are only 56,000 Palestinians residing in the region on a permanent basis. 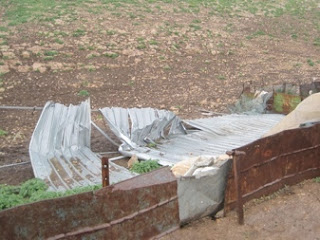 On entering Jordan Valley, it is made clear to us that we are entering Israeli land. We must walk through a checkpoint to go any further. We take off our bags and coats, hand over our passports and walk through the metal detector. It is much easier for us to get through than for the Palestinian man who was travelling with us. He is forced to empty his pockets, remove his shoes and walk back and forth through the metal detector until the Israeli soldier is satisfied. On the other side we are greeted by a group of Israeli soldiers. It is impossible not to feel intimidated when you are being stared down and interrogated by your peers who are dressed in military gear and holding assault rifles. Surprisingly, we are provoked by a female soldier in the group. She asks us if we are going to meet an Arab friend and when we walk away, sarcastically wishes us to ‘have a great time, honey.’
Once in Jordan Valley, we make our way to the Bedouin Village of Khirbet Samra. The West Bank is divided into three territories as declared by the 1993 Oslo Accords: A, B and C. Area C covers 60 per cent of the West Bank. Unlike Areas A and B which allow for varying amounts of Palestinian control, Area C is under full Israeli administrative and security control. They control the roads, any land in the vicinity of settlements, and strategic areas considered ‘security zones’. As the most fertile area of the West Bank, many Palestinians are dependent on the land to provide for their livelihoods. We are shown a road that has been closed off by the Israelis. It is an essential road used by Palestinians to travel and access their agricultural land. Palestinians are only permitted to cross the road during a 30 minute window, two times per day, and three days a week. We are told a story of one family living nearby. A couple of months ago, their son was crossing this road on a tractor to reach their farm. The vehicle crashes and the boy falls and hits his head. When his family discover that he doesn’t return they approach the road but it is closed off. They can see their son injured at the side of the road but are denied access by Israeli soldiers. His family are forced to watch him bleed to death. 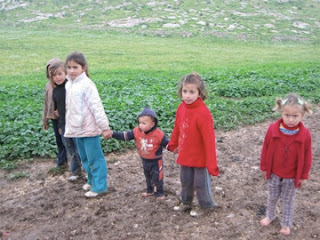 Our car drives along a mud path, approaching a cluster of tents located at the head of a valley. We are in Khirbet Samra, a Bedouin village that has existed for centuries. It is currently overlooked by a settlement, and is also bordered by an army base at the entrance to the valley. The community is regularly harassed by settlers and the military, they have been issued several demolition orders, and have had many of their buildings destroyed. We are shown an animal enclosure that was destroyed the day before by Israeli settlers.
At one point during the day, a settler car stops on top off the hill and tries to steal one of the sheep belonging to the village. It is just one of the strategies deployed to force Bedouin families to leave. One of the neighbouring villages we visit, Mak-hul, has a water pipe passing through it leading to the Israeli military base on the top of the hill surrounding the village. Water is a serious problem in the Jordan Valley. Since the occupation, Israel has monopolised the area’s water resources and controls where wells can be placed and how much water can be pumped from them. As a result, Palestinians suffer from a lack of access due to Israeli restrictions and extreme usage. While settlers are receiving hefty discounts on their water bills, Palestinians have no other choice but to install expensive water pumps and pay unreasonable fines for exceeding their allowed water usage. 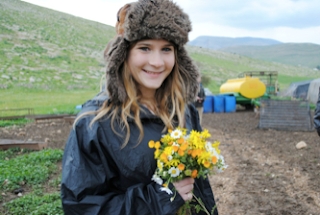 We are greeted by the 25 children that live in Khirbet Samra. They offer us flowers and it is the warmest welcome that I have received so far in Palestine.
The aim today is to build a tent school for the children in Khirbet Samra with Jordan Valley Solidarity. Once finished, the organisation will send teachers to the school on a regular basis. The children have not been able to attend school as the nearest one is 20km away and they occasionally receive harassment from soldiers and settlers on their way to the school. In Area C, it is not an easy feat to set up a school. It is illegal to build without an Israeli building permit which is almost impossible to obtain. If you do build, the structure is vulnerable to receive a stop work order for demolition.

After a few hours, the school is completed and the children are eager to help us with the decorating. They get stuck in with the paint to their parent’s dismay. These children are beautiful. They want to play with us and continue to pick flowers and hand them to us. They are not a security threat and they are not terrorists. They deserve every opportunity in life. 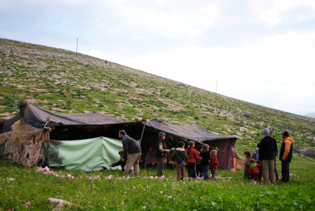 It is a bittersweet feeling once the school is finished. It represents resistance and resilience, a fight for the right to education, and the love and dedication displayed by the children. It is sad to think that in the near future this school will be demolished.
At the end of my trip, I speak with a local Palestinian teacher who is volunteering with Jordan Valley Solidarity. He asks me what people in the UK think about the occupation and is clearly upset when I tell him that many people are not actually aware of the atrocities taking place here. He asks why the world does not care about the Palestinian’s suffering in the Jordan Valley and I also wonder why. 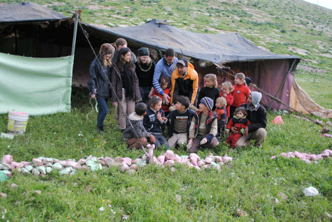 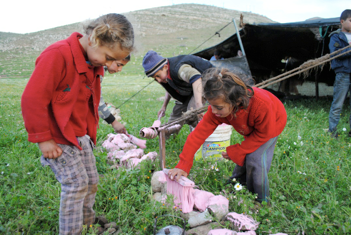